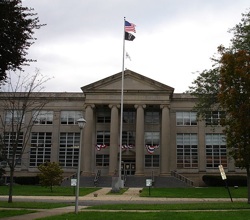 N.J. must change the way it deals with alcohol abuse and motor vehicle operation. We should consider expanding our drug courts to include drivers convicted of DWI or setting up DWI courts.

Our state must change the way we deal with alcohol abuse and motor vehicle operation. Rather than increase the severity of punishment for DWI violations, we should consider what other states have done in creating incentives to change drivers’ behavior.

One method that makes a lot of sense is to expand our drug courts to include drivers convicted of DWI or to set up DWI courts.

Our Legislature’s adoption last August of N.J.S.A. 2C: 40-26 reflects a one-dimensional approach without emphasizing recovery from alcohol abuse. The new law substantially increases penalties for drivers whose licenses are suspended as a result of a prior DWI conviction, and who then operate a motor vehicle, by creating a new, indictable fourth-degree criminal offense in two situations.

As a fourth-degree offender under the new law, the defendant would be prosecuted by the county prosecutor with exposure to a “fixed minimum sentence” of incarceration for at least 180 days, without parole. Previously, the defendant only faced a minimum of 10 to 90 days in jail if no alternative noncustodial sentence was available.

The new law raises interesting legal questions. Is a defendant entitled to admission into the pretrial intervention program? Are prior out-of-state DWI or driving while suspended violations covered by the law? N.J.S.A. 2C:40-22 suggests these violations should not be considered. Furthermore, should a jury trial occur for related DWI or refusal charges?

From a public policy viewpoint, the new law reflects a lack of will to cope with the problem of alcohol abuse and motor vehicle operation. Many legislators acknowledge that DWI laws fail to effectively deal with the very real problems arising from alcohol use. However, they follow a safe, “politically correct” course, adopting increasingly severe mandatory penalties.

Laws should encourage conduct that advances social needs. This goal, though, cannot be achieved by simply ratcheting up penalties. That was recognized by Gov. Chris Christie, in his State of the State speech on Jan. 31 of this year, when he proposed increasing the scope of the drug courts.

These courts allow defendants charged with nonviolent, drug-related offenses to participate in a diversionary program of strict supervision focusing on addiction issues, rather than incarceration and punishment. The program further encourages compliance by offering significant reductions in penalties that would otherwise be imposed. As Christie stated, “we want to help you, not throw you away,” by transferring the emphasis from incarceration to treatment.

Drug courts were developed in the late 1980s as a response to increased drug offenses. These courts are designed to reduce recidivism through immediate intervention, nonadversarial adjudication, hands-on judicial involvement, treatment programs with clear rules and structural goals and an approach that brings together judge, prosecutor, defense attorney, treatment provider and correctional staff. Hundreds of these courts have been established throughout the country.

Unfortunately, drivers charged with violations of laws such as 2C: 40-26, who suffer from alcohol addiction, have no access to the New Jersey drug court program. Our criminal justice system should encourage defendants to achieve sobriety by participating in a DWI court, similar to the drug courts. The structure and rehabilitation goals found in those courts should be extended to drivers where serious alcohol abuse issues are identified in DWI cases.

Different approaches have been taken by other states. New York has had a “conditional driver’s license” law for more than 25 years, where a first offender is allowed driving privileges for limited purposes, conditioned on participation in a structured counseling program. A hardship privilege allows limited operation for work and school after 30 days.

In Pennsylvania, the Accelerated Rehabilitation Disposition program allows first- and some second-time offenders limited driving privileges in return for participation in rehabilitation programs. On completion, DWI charges are dismissed and records are expunged. Maryland and Delaware have similar programs, which create incentives for rehabilitation and dismiss charges on successful program completion.

New Jersey’s new law reflects the trajectory of our statutes in an opposite direction. Christie’s call for a “transformation” in the way we treat drug abuse and incarceration should also be a call to transform the way we deal with alcohol abuse and DWI. Our state needs to consider programs other states have implemented, with more creative ways of achieving highway safety. We can do it, too.

Reprinted with permission from the June 2012, issue of the New Jersey Law Journal. © 2012 ALM Media Properties, LLC. Further duplication without permission is prohibited. All rights reserved.