Singing the Praises of Project Save

Project Save was founded in Gloucester Township in 2014 as an effort to provide counseling and treatment options to defendants with substance related issues resulting in offenses, and to address underlying issues leading to municipal court offenses. 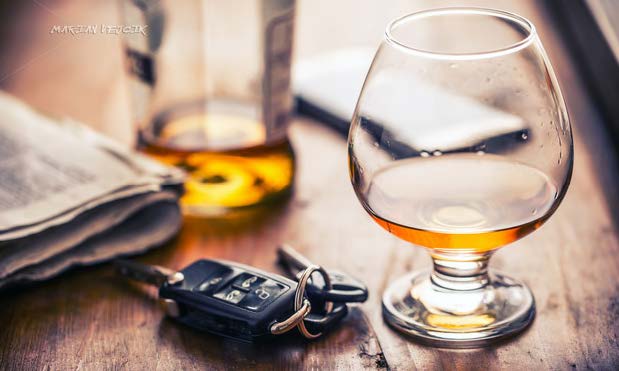 December 1, 2019 marked the date that sentencing provisions for most DWI offenses changed. These changes eliminated the penalty of drivers’ license suspension in favor of Interlock installation for most first and second DWI offenses.

This major change in approach was based upon a statement of public policy enunciated by the Legislature reflecting its attitude toward what public policy should be for reducing recidivism after DWI convictions. It first pointed out that interlock devices were not required for some first offenders, with Blood Alcohol Concentrations under .15%BAC. As to these offenders, the Legislature found that, since “a majority of drunk drivers, including first offenders, often continue to drive with suspended licenses, ignition interlock devices are more effective in deterring drunk drivers than license suspension.” After referring to some statistics in further findings, the Legislature summed up its argument for IID’s by stating in its final finding that, “Therefore, it is fitting and proper to require all first time offenders, to install an ignition interlock device.”

It’s hard for me to understand this explanation. Were the DWI sentencing provisions fundamentally changed simply for these reasons?  I don’t believe that major revision of our entire statutory scheme of DWI sentencing was simply based upon the Legislature’s concern for what a small portion of DWI offenders, that is first offenders with Blood Alcohol Contents of under .15%BAC, did during for the most part, their three or at most seven months of suspension. Remember that the law as it stood before the change required interlock installation for every offense other than the least serious offense. In return for this change, there are effectively, no suspensions of driving privileges for most first offenders where alcohol was consumed.

Regardless of why this legislation was adopted, it misses the mark if its goal was truly to improve safety in motor vehicle operation. Mistakes from substance misuse can be understandable, sometimes not.  Bad judgment, social pressure, lack of self-esteem, anxiety, poor pain management, addiction to meds, and depression can result in showing just how fragile life is. Obviously, one size does not fit all when it comes to addressing these problems. Some however, think differently when it comes to motor vehicle operation. For those who seek simple solutions to solve difficult problems, the new “wonder drug” is the Ignition Interlock Device or IID. These devices would do what suspensions could not. If the car won’t start, then it cannot be operated, and the problem is solved.

To find the best solution to any problem, you need to start with the right question. If the question is how to prevent prior offenders from operating vehicles without an unsafe level of alcohol in their bodies, then interlock devices might be an effective short term tool. But the substance abuse problems are not addressed and not resolved.

To me, it seems that the real issue is how to keep drivers convicted of DWI sober longer. Other States have adopted legislation which serious addresses this issue. Understanding that alcohol and other types of substance misuse involving vehicle operation requires more than a quick fix, these States have implemented programs which allow probation before judgment, rewarding extended counseling and good behavior with driving privileges and ultimate expungement for first offenders.

Other types of technology are also available that address the substance problem, not just the operation. The National Highway Transportation Safety Administration recently studied the effect of Alcohol Monitoring Systems which are worn and provide ongoing data as to substance use. They found these devices to be effective in preventing recidivism.

Truth be known, like most other things in life, there are very few quick fixes. Usually sleeves have to be rolled up, elbow grease needs to be applied along with a large dose of patience. When it comes to addressing substance issues, even larger doses of hard work are required, which leads to a program which is working with defendants’ substance issues after they are charged with offenses that are heard in Municipal Courts. One program that has taken on this challenge is Project Save.

Project Save was founded in Gloucester Township in 2014 as an effort by the Gloucester Police Department and Genesis Counseling Center, Inc. to provide counseling and treatment options to defendants with substance related issues resulting in offenses and to address underlying issues leading to Municipal court offenses. A program representative in court engages people who could benefit from their services. The program will then, “facilitate partnerships involving not only the police department, but most importantly, the Municipal Court Judge, Municipal Prosecutor and the Municipal Court Administrator” to enable defendants the best opportunity to address and resolve substance problems. The hope is to make a difference on an individual by individual basis, with an ultimate goal of creating a Drug Court for Municipal Courts.

Substance problems are difficult and challenging. Quick fixes only work for a short time.  We have to do the hard work that this problem demands. Project Save has the right idea.   We need more programs that help people change lives when it comes to substance use.

Peter H. Lederman is an Attorney with Lomurro, Munson, Comer, Brown & Schottland, LLC in Freehold. His practice is limited to representing defendants charged with DWI and related offenses.