Home > Articles > Sausage and Statutes: People shouldn’t see how either is made 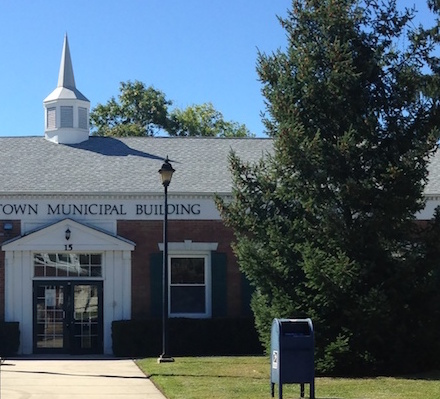 Critique of a proposed law centering on expanded use of BAIIDs or “breath alcohol interlock ignition devices.”

Hot dog, tube steak, haggis, chorizo, kielbasa, bangers, bratwurste, saucisson, it’s all sausage to me. A little mystery meat, a little filler, add some spice, grind and squeeze it into a tube and there you go! It has been said that children should not see how sausage is made. Same goes for laws. Consider recent changes to the New Jersey DWI law, adopted by the Legislature and awaiting the Governor’s approval.

The proposed law centers upon expanded use of BAIIDs or Breath Alcohol Interlock Ignition Devices. BAIIDs are portable breath test machines, which when installed in motor vehicles, require less than .05% BAC breath samples, before vehicle operation is possible. Interestingly enough, they are and have been a part of our statutory scheme when drivers are convicted of driving while intoxicated. The new legislation however, radically changes how they will be used in DWI cases.

Presently, interlock devices are an element in sentencing drivers convicted of Driving While Intoxicated. Under the new scheme, they become the focus of the sentencing process. This is done by allowing first and second offenders to avoid suspension of driving privileges by installing the BAIID. A driver convicted of a first or second DWI then, will be able to resume operation after just ten days of suspension, if the BAIID is installed. The sponsors of this legislation and their supporters from MADD, claim that this will reduce accidents and deaths resulting from drunk driving. But is this really so? Frankly, the opposite seems to be the case.

The purpose of NJSA 39:4-50 is to deter drivers from operating vehicles after consuming too much alcohol or ingesting drugs ( ironically, no interlock “get out of jail card” is available to drivers under the influence of any drug other than alcohol ). As courts have told us over and over and over, the legislative intent of our DWI law is to rid our roads of drunken drivers.

Consider someone then, who has spent an evening at the local drinking establishment. It is closing time and he has consumed enough alcohol to significantly diminish his ability to drive. He has a buzz and realizes that driving home may not be a good idea. He knows his driving privileges will be suspended with a DWI conviction and he needs his license to get to work or anywhere for that matter in Greater Suburbia. He should call a friend or a cab. However, he remembers reading about the New Jersey’s new Interlock law and realizes that even if he gets caught, he will still be able to drive with the installation of the device. Yes, there will be fines and other penalties, but he will be able to drive. With his judgment being diminished in a state of intoxication, off he goes.

More than questionable public policy, Municipal Courts and Prosecutors will use the possibility of avoiding suspensions, to encourage DWI defendants to enter guilty pleas. Cynically, this would provide stop gap relief to a Municipal Court system that is in systemic failure. While a real solution to Municipal Court dysfunction would be the unification of Municipal Courts into the State Court system, these changes extend the system by facilitating speedy resolution of DWI cases. This comes, however, at the expense of fundamental rights.

Drivers charged with DWI may fail to consider the consequences of conviction, when the chance to drive with the interlock device is dangled before them. In truth, a DWI conviction for many people means the loss of their job and the end of a career. Anybody who drives a business/commercial vehicle should not reasonably expect their employer to agree to installation of the BAIID in a work vehicle. Many employers furthermore, require background checks which include driving records. In a competitive job market, a violation suggesting substance issues, would adversely affect ultimate employment decisions. Those who travel for work may be out of luck the next time they try to rent a car. I also represent many men and women who serve in the Army, Navy and Air Force, where a DWI conviction means certain discharge from service.

What also seems to be lost on our legislators is that an installed device creates a new Scarlet Letter for each and every DWI violation, notwithstanding a low BAC or other mitigating factors. Use of the device will be seen by friends, children, coworkers, employers and neighbors, every time the driver stops to blow into the breath tube. Blowing into the tube is a public act suggesting a substance problem, notwithstanding what might have been a minimal first offense or no violation at all, in the case of a car shared by a family. Furthermore, at least sixty-six percent of all first offenders never offend again. Is it really necessary to make public spectacles of these people? And for the other thirty-four per cent who don’t get it, what does the device achieve after the three months or three year period of required BAIID is over and the device can be removed? Somehow, this doesn’t make sense.

In the end, our DWI laws continue to randomly address a serious societal problem without well thought out solutions. Where is alcohol education before offenses are committed, there is serious treatment for substance abuse, where are Drug Courts for DWI defendants with real substance problems, where are diversionary programs allowing drivers the opportunity to earn a clean record, not a life time scar, after one mistake.

No, this new sausage is just like the old sausage…lots of filler, mystery meat, and seasoning. But in the end, it’s plain old sausage!

Reprinted with permission from the April 2015, issue of the New Jersey Law Journal. © 2015 ALM Media Properties, LLC. Further duplication without permission is prohibited. All rights reserved.