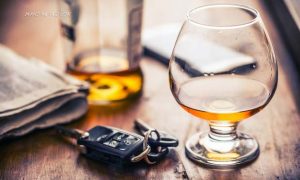 Orientation as to Time and Place

OP-ED: No matter how disconcerting it may be, it is time for change in our Municipal Court system

Different tests are used by police to determine whether a driver may be intoxicated. This should be no easy task as only outer manifestations of excessive substance consumption are observable when making this determination. One of these tests involves determining whether a driver is oriented as to time and place.

This test is pretty simple and involves inquiries into the driver’s ability to explain where he is, where he came from, the time of day and the day of the week. For example, if the driver is stopped on the New Jersey Turnpike in Woodbridge, and explains to the trooper that he is coming from New York and going to Hackensack, the trooper could conclude the driver is not following the most direct route to his destination and may be under the influence of alcohol or some other substance diminishing his ability to operate his vehicle.

On the other hand, the driver might not be under the influence of anything and might simply be “lost.” People do get lost on occasion.

Sometimes, with the passage of time and the swirl of events around me, I have felt lost and somewhat “lacking orientation as to time and place,” in a different sense. Focus as to the anticipated events, through the prism of my acquired world view and expectations becomes twisted and shaped by a new reality which constantly evolves. Let me explain what I mean.

A couple of months ago, I was involved in a seminar at the Bar Convention and was asked a question as to when to try or not try DWI cases. After explaining my view that an attorney best serves his client by reaching resolution through agreement, I explained that when negotiating, one must always be prepared for war. To make the point while trying to inject some humor, I pointed out I enjoyed going to trial, borrowing the famous remark from “Apocalypse Now” that “I love the smell of napalm in the morning!” The remark garnered a few laughs, but even more confused looks. It occurred to me that many younger people in the audience had no idea what I was talking about!

I must admit that the experience was disconcerting. The entire cultural fabric within which my life had been woven, seemingly had morphed away into a new reality which did not include parts of the world view to which I had become accustomed. There was a profound disconnect.

Surely change is the basic ingredient in an ever evolving world. It is and must be that way, no matter how disconcerting it may be for those of us who have become comfortable with the way we came to know the world, and so it is with change in our Municipal Courts.

Some can fight this change, try to slam on the brakes and reverse course. Even some of our political “leaders” today seemingly try hard to delay change and return to perceived “halcyon days” of the past. But, change is as inevitable as the tides, no matter how hard we resist … apparently even in our Municipal Courts system.

Recently, our Supreme Court issued the report of its Committee on Municipal Court Operations, Fines and Fees. The report provided 49 recommendations which were the result of scrutiny of the Municipal Court system after certain recent events which highlighted structural problems within the court system. These events raised questions as to whether Municipal Courts could be independent, could avoid revenue pressure from towns and provide penalties which would not be devastating to lower income individuals.

This is not the first time that these types of changes have been proposed by the court. Many earlier attempts to effectuate change have withered on the vine. There are reasons to believe though, that this time change will take place, hopefully in a meaningful and positive way, addressing fundamental problems within the Municipal Court system. What is different this time is that there appears to be the political will to make this happen.

At the present time it is not clear what form this legislation will take. It appears that various proposals are being considered before they are made public. Most important though, is the fact that certain legislators have publicly responded favorably to the court’s report and have agreed that legislation should go forward to enact many of the Supreme Court’s proposed changes.

If we are in fact at an inflection point, we should keep in mind that the system only worked since its creation over 70 years ago, because of the intellectual courage and integrity, dignity and respect demonstrated by certain judges, prosecutors and court administrators when working with defendants, defense attorneys, prosecutors, police officers and troopers. Hopefully, they will be given the opportunity to continue in their capacity when any new court system is created.

Reform of our municipal court system appears to be an idea whose time has finally come. We shall see what comes forth!

Peter H. Lederman is an Attorney with Lomurro, Munson, Comer, Brown & Schottland, LLC in Freehold. His practice is limited to representing defendants charged with DWI and related offenses.