A DWI defense attorney wonders what it would be like if one of our gubernatorial candidates took the Donald Trump approach and told us they wanted to “make New Jersey great again.” 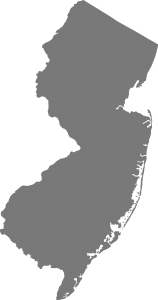 I wonder what it would be like if one of our gubernatorial candidates took the Donald Trump approach and told us they wanted to “make New Jersey great again.” Would they tell us we live in a State where we would have nothing to lose by radically changing a “rigged system.” Well, the argument doesn’t do a lot for me on the national level, but what about our fair, Garden State?

I suppose you could look at the newspaper and make the argument that in the world of DWI prosecutions and Municipal Court proceedings, there are some real stinkers. You could point to the State Police Laboratory Drug Lab Tech in the North Regional Lab-Drug Unit, who is charged with “dry labbing” in analyzing drugs for prosecutions. Essentially, he is being charged with providing drug test results, without actually conducting required tests. Not good!

Then, I suppose you could refer to the New Jersey State Trooper, Breath Test Coordinator/Instructor from the Alcohol Drug Test Unit. Troopers in the ADTU are entrusted with checking all breath testing machines, on a periodic basis, to ensure that they are properly operating when used to determine a driver’s Blood Alcohol Content, after arrest on the road. Test results of course, are crucial in that they, by themselves, can determine guilt or innocence in a DWI case. This Trooper is charged with Tampering With Records and Falsifying Records by certifying breath test machines to be in proper working order, without following all of the steps required by the New Jersey Supreme Court in State v. Chun. Chun was the case where our Supreme Court held that the Alcotest 7110 MK-III was scientifically reliable when determining Blood Alcohol Content in a DWI prosecution.

While we’re on the subject, let’s not forget the New Jersey Supreme Court looking the other way, after the State of New Jersey disregarded the Court’s own Order to modify software, as part of the Chun decision. When defense attorneys claimed that the State failed to comply with the Court’s Order, to upgrade Alcotest software over the course of five years, the Supreme Court simply gave the State a pass!

By the way, this is another sore subject that our hypothetical candidate could rail about. Here we are in November of 2016 and we have no information about the “new” breath test machine that is to take theAlcotest’s place. When confronted with its failure to modify the Alcotest software, the State claimed to be acquiring a new breath testing device which would be in operation by the end of this year. Well, that leaves 60 days to get this done and so far, we have no information about anything coming down the line. As is usual with our State, transparency is a dirty word. There is no information about what the State plans to do in replacing the Alcotest and therefore no dialogue between the Attorney General, Alcohol Drug Test Unit, Bench and DWI Bar. Same old, same old.

Oh yes, and then there is the case of the Monmouth County Judge who has been ordered to step down from his nine courts and not ascended to the bench in any other town. It seems that this Judge has been charged with failing to follow the Code of Judicial Conduct with regard to laws and procedures in sentencing defendants.

So let’s see, we have the New Jersey State Police Alcohol Drug Test Unit with a Trooper charged with not following procedure in testing breath test machines, a senior State Police Lab Tech who allegedly produced documents stating that certain drugs were found when in fact lab procedures weren’t followed, an Attorney General’s Office that failed to comply with a Supreme Court Order requiring modification of software running the Alcotest machine and a Judge who is charged with sentencing defendants to fines that were allegedly inconsistent with statutes, policies and procedures in Municipal Court prosecutions !

Yup…it seems our candidate for Governor could create a narrative about our State just not working, when looking at what seems to be going on in the Municipal Court system. However, like the man says on television, “But wait, there’s more.” And sadly enough, there is more.

The “more” has to do with recent legislation adopted by the Legislature and approved by the Governor requiring installation of Mobile Video Recording systems in newly acquired police cars. Seeing is believing and mobile video provides tremendous assistance in getting the facts right. This would have been the case until the almost unknown Council on Mandates decided that legislation providing for these systems did not include sufficient funding to pay for acquisition and installation. While legislation did provide for Defendants convicted of DWI to pay an additional $25 Surcharge to cover these costs,the legislation was voided when the Mandate Council determined that the $25 Surcharge was insufficient to cover acquisition and installation costs. The Council’s decision also specifically voided the $25 surcharge as well.

The problem is that none of the Municipal Courts got the memo. Courts have collected and continue to collect the existing $25 Surcharge every time a determination of guilt arises in a DWI case. This is so even though there is no legislation for purchasing the MVR’s and requiring payment of the surcharge. It seems the money simply goes down a rabbit hole.

Reprinted with permission from an issue of the New Jersey Law Journal© 2017 ALM Media Properties, LLC. Further duplication without permission is prohibited. All rights reserved.