Driving Under the Influence in Middletown Township, New Jersey? You need an experienced DWI lawyer to represent you in the Middletown Municipal Court system.

Middletown is a township in Monmouth County, New Jersey, located in the area north of Navesink River, and east of Freehold Township. In 1693, the township was established however the township was settled by non-indigenous people around 1664 and is one of the oldest European settlements in New Jersey. The town’s foundation was created around the colonial road known as “The Kings Highway,” a historic road that still remains as a central point of travel in Middletown. Kings Highway, which originally an old American Indian path, the Minisink Path.

Today Middletown is a mostly suburban township popular with families raising children. There are many transportation options including, New Jersey Transit North Jersey Coast Line from New York Penn Station and the SeaStreak or other fast ferries. Cars are the most popular modes of transportation and there are periods of rush hour traffic.

The DWI laws in New Jersey are quite complex and there are many surcharges, points and other penalties given out by the Motor Vehicle Commission. Being arrested for a DWI is very serious, so don’t settle on just any representation. 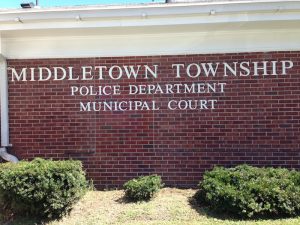 Take your defense seriously, ask for one of the DWI attorneys of Lomurro Law for your DWI/DUI defense.