You Need a DWI Lawyer Experienced in the Howell Township Municipal Court?

It is critical to understand that experience as a DWI lawyer exceeds the fundamentals of law; your attorney must know the intricacies of the local court, in this case, the Howell Township, New Jersey Municipal Court. That level of expertise and client care is exactly what Mr. Lederman provides.

You may not be aware that the Municipal court will consider a range of case options in a DWI case. For example: 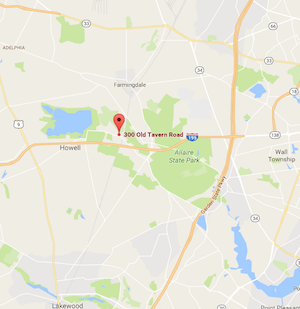 *Located at the Police Department, NOT the Route 9 Township Municipal Building

The state of New Jersey views driving under the influence (or DWI) quite seriously. The court in Howell Township can impose harsh penalties on those who are charged with DWI. For instance, driving under the influence of intoxicants or with a blood alcohol concentration (BAC) of 0.08% or higher, you will be cited for (DUI). If you are under 21 years old the legal limit is 0.0.01%. For CDL drivers the limit is 0.04%.

Take your defense seriously, ask for one of the DWI attorneys of Lomurro Law for your DWI/DUI defense in Howell.

It goes without saying that life in New Jersey has, at the very least been disrupted as a result of the pandemic. To those who are suffering we extend our best wishes and hope for speedy recovery. For those who have suffered loses, we extend our profound sympathy.

Throughout the crisis, our entire office has continued to do what we always do, which is to provide the highest level of legal services with excellence and passion. As a result of health concerns we are just doing it differently. The following information is to answer questions you may have with regard to new or pending dwi cases in the New Jersey Municipal courts:

We’re Open! Even though many of us are not in the office, we are working from different locations through digital communication. We can video conference, deal with Prosecutors and Judges by phone or Zoom without having to appear in court, file documents, preserve digital recordings and acquire discovery crucial to defending drivers charged with dwi. We also continue to present Continuing Legal Education seminars on Zoom for other lawyers on representing dwi defendants in a new and different post Covid19 municipal court system.

Restoring Drivers’ Licenses While MVC is Closed. One of the perplexing problems for clients is getting their drivers’ licenses reissued after the period of suspension is over and all other aspects of the sentence has been completed, because the New Jersey Motor Vehicle Commission is closed as a non-essential public agency. At the time a defendant is found guilty, they are required to physically surrender their DL. Getting the license back is important because driving without it, even after restoration, is a motor vehicle violation with a mandatory fine. A driver could even be charged with driving while suspended, which is a very serious charge. The solution is to comply with all requirements of the Court’s sentence and make sure that all restoration and similar fees have been paid to the State. The key then is to go online and request a “duplicate license”, which can be sent to the driver without the need to appear at an MVC office. The license is generated by an automated system and will not be delayed because of the closure.

Resolving Pending Cases. Courts have been closed for almost a month to enable social distancing. This in turn, has expanded the existing backlog of unresolved dwi cases and will probably create a chaotic condition when courts try to reschedule cases shortly after municipal courts reopen. It’s hard to imagine how attorneys and their staffs will deal with multiple court administrators who will want their cases resolved first. Obviously, no attorney can appear in multiple courts at the same time. Certainly, defendants will not want to miss additional work time for court appearances, after losing so much time from their jobs. We are already receiving notices for court appearances in May, even though it appears improbable the health crisis will have passed by that time.

Electronic Conferences. Because of the backlog problem, some courts are scheduling electronic conferences to discuss issues in pending cases. Prosecutors have been instructed to informally communicate with attorneys to discuss cases. Some Prosecutors are communicating directly with defendants to discuss possible pleas to resolve their cases, which then would be resolved by either written plea forms or through phone or video appearance. NO DEFENDANT should discuss resolution of their dwi matter with a Prosecutor without consulting with an attorney. The wrong result in a dwi case could have serious consequences which might be very difficult to favorably resolve at a later time.

Electronic Trials. The pandemic has raised serious questions when it comes to dwi matters that cannot be resolved by agreement but require hearings and trial. A very real concern should exist whether anyone participating in a hearing or trial conducted in a traditional municipal court room, would be exposing themselves, their families or others to spread of the virus. Refusing to participate in those proceedings certainly would not be unreasonable considering the virulence of the virus in New Jersey. Digital hearings and trials through video conferencing have been suggested as alternatives to personal court appearances. At the same time though, participation by video conference raises serious concerns involving defendants’ fundamental rights in a dwi prosecution. As a practical matter, will a defendant really be able to confront a witness in a video conference and will their ability receive effective assistance of counsel be lessened. These are difficult questions which will have to be resolved based upon the facts of each case.